Giant offshore wind farms near the energy islands will soon supply not only power but also green fuels.

On Fløvej, just outside Brande, an almost 150-metre-tall Danish landmark towers above an otherwise flat grassy field—the wind turbine. For decades, it has had a fixed place in the Danish landscape and reminded us of what a small nation with a strong knowledge focus can achieve when driven by a great vision.

With a vision for a green transition and the Danish Prime Minister’s dream of green air travel, there is again good reason to keep an eye on Danish wind technology—and the wind turbine at Fløvej in particular. It has just been connected to an electrolysis plant, also called a Power-to-X plant, which can produce hydrogen using electricity from the turbine.

Together, the two technologies represent the world’s first mini-version of the kind of offshore hydrogen facilities to be established around Denmark's first two energy islands.

The plan is that in addition to providing green power for millions of households, the giant offshore wind farms around the islands will supply Denmark’s aircraft, buses, trucks, and cars with green fuel by being coupled to electrolysis plants.

“It’s going to be huge,” says Finn Daugaard Madsen, who is Innovation Manager at Siemens Gamesa and one of the people behind the hydrogen facility in Brande. In November last year, he was pleased to see the first shipment of green hydrogen from Brande end up as fuel at partner Everfuel’s filling stations in Copenhagen.

He expects the first hydrogen to be produced in electrolysis plants on the energy islands in less than 10 years, while in 10-15 years production will take place directly in the wind turbines.

Finn Daugaard Madsen stresses, however, that the goal line is still far away, and that there is therefore still a great need for research and development.

One of the people Finn Daugaard Madsen is alluding to is Henrik Lund Frandsen, a senior researcher at DTU who works with ceramic electrolysis. He is in dialogue with Siemens Gamesa regarding the hydrogen project in Brande, and works with other major players such as Haldor Topsøe.

Henrik Lund Frandsen notes that the biggest challenge with Power-to-X on the energy islands is that the hydrogen-producing electrolysis plants have to operate using the wind turbines’ fluctuating power production. Or in sector jargon: they run off-grid.

Normally an electrolysis plant is connected to the common power grid, where the power supply is constant, so the electrolysis cells can continuously split water into hydrogen and oxygen.

On the energy islands, the electrolysis plants will not be connected to the common power grid, and if the right solutions to control the turbines are not developed, it could have an impact on the power supply to electrolysis, which risks fluctuating as much as the wind. This makes it difficult to maintain stable operation, and places great demands on the materials used in the plants.

“If there are long periods without wind, there will be no power to produce hydrogen, and ultimately the plants will have to be shut down. When they need to start up again, they must first be warmed up. This causes wear on equipment and is expensive, because high-temperature electrolysis occurs at temperatures between 600 and 850°C,” explains Henrik Lund Frandsen.

However, calculations show that hydrogen production on the energy islands still has great economic benefits. Hydrogen is seven to ten times cheaper to transport ashore than electricity, and this is a large part of the total cost.

Henrik Lund Frandsen is therefore researching which materials are the most robust to use in electrolysis, so that fluctuations in wind, power input, and temperatures will cause the least possible disruption to operations and wear on plants.

“As things stand now, the materials used in the plant are best operated at a temperature of 750°C. If the temperature drops below this, the ceramic cells that produce the hydrogen operate sub-optimally, and if the temperature goes above this, we put strain on the steel lids used in the plants. If the power level wanders up and down, the various materials wear on each other, reducing the service life,” says Henrik Lund Frandsen.

He expects DTU to be ready within three years to test a dynamically adapted Power-to-X plant, that can last for five years before components have to be replaced. Current systems can last for two to three years.

The energy island plans have turned wind technology as we know it upside down, according to Kenneth Thomsen, Head of Wind Turbine Design at DTU. They have created a great need to re-develop and re-optimize wind turbines. He calls the principle Design for X.

“Design for X means that when designing a wind turbine we have to decide what it will be used for. We can implement the wind turbines we already have out near the energy islands. But when we look at the huge amounts of green power we are going to need, there is a major advantage in designing the turbines so that we can reduce their cost and thus also the price of the energy,” he explains.

Like the electrolysis plants, the crucial difference for the offshore wind turbines is that they will run off-grid. When wind turbines run off-grid, it means you can remove the power electronics in the turbine that normally adapt the electricity to the power grid, so that the frequency is 50 Hz alternating current.

This leads to major cost savings and opens up big new opportunities, according to Kenneth Thomsen.

"It will be relevant to look at the turbine generator and design it to produce direct current, because an electrolysis plant actually runs on direct current. This places new demands on the turbine. We can develop something here that will be used for the first time,” he says.

Development of a digital control system for the turbines will also be crucial to ensure the interplay between the turbine and electrolysis plant functions properly. It is this interplay that ultimately ensures stable and continuous hydrogen production.

‘We can do it again’

Returning to the wind turbine and electrolysis plant at Fløvej, Finn Daugaard Madsen is convinced that the first step in the coming offshore hydrogen adventure has only just been taken.

“Initially, the energy islands will be set up similarly to what we have here in Brande. The next step will be to develop a ‘hydrogen turbine’, which instead of supplying power to the electrolysis plant, generates hydrogen directly. Once we have hydrogen turbines up and running, we can use this hydrogen to make ammonia at a plant out there that can supply fuel to much of the shipping industry.”

Finn Daugaard Madsen estimates that Denmark will be ready to establish facilities on the energy islands similar to that at Fløevej within 7-10 years, but further exploitation of the full potential will require research, innovation, and collaboration.

“If Denmark is going to position itself, as we have done before in relation to turbines, then cooperation, development, and production in many different areas will be needed. It will be a jigsaw puzzle to get these things to work out, so we ensure we always have power in the grid, charged batteries, and hydrogen in the tank,” says Finn Daugaard Madsen.

If you take a look around the world, especially towards China, the development of wind technology is happening at a rapid pace. This may cause doubt about whether it is even possible for Denmark to beat the major players. But Kenneth Thomsen is in no doubt. As a researcher who has worked with wind technology in Denmark for many years, he knows what a small nation like Denmark is capable of accomplishing.

“Back then, we got the opportunity to develop wind technology in Denmark while the rest of the world thought: ‘Let them try. It’s never going to succeed.’ But suddenly wind turbine technology was big business that could save the world. Now we have a need for green energy from solar and wind power in quantities we cannot even imagine. This demands special solutions, like the energy islands, and I believe we can do it again. Little Denmark can be the country that shows the rest of the world how to do it.” 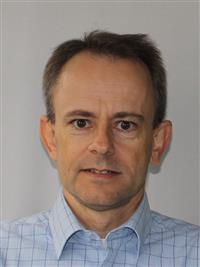 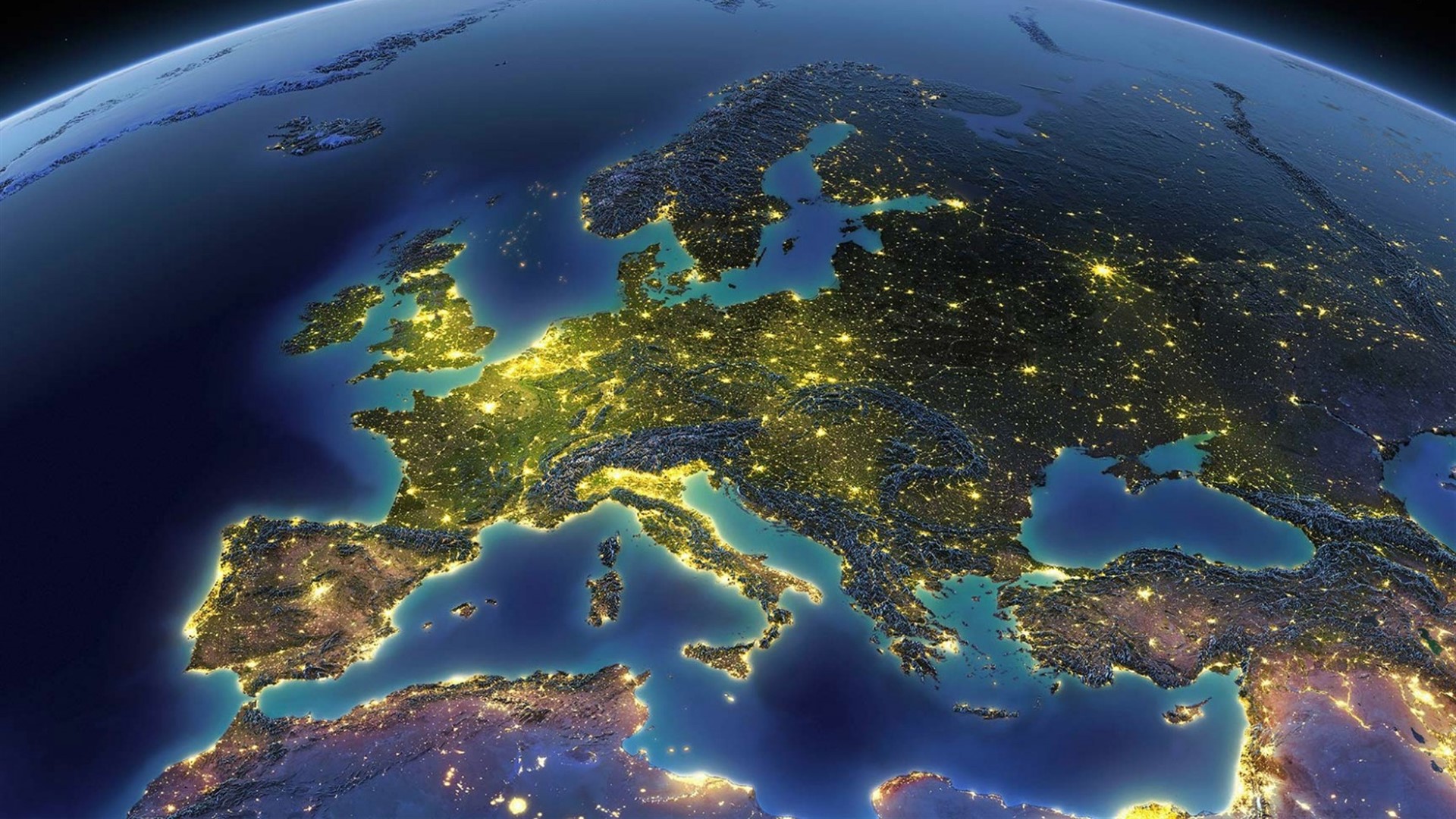 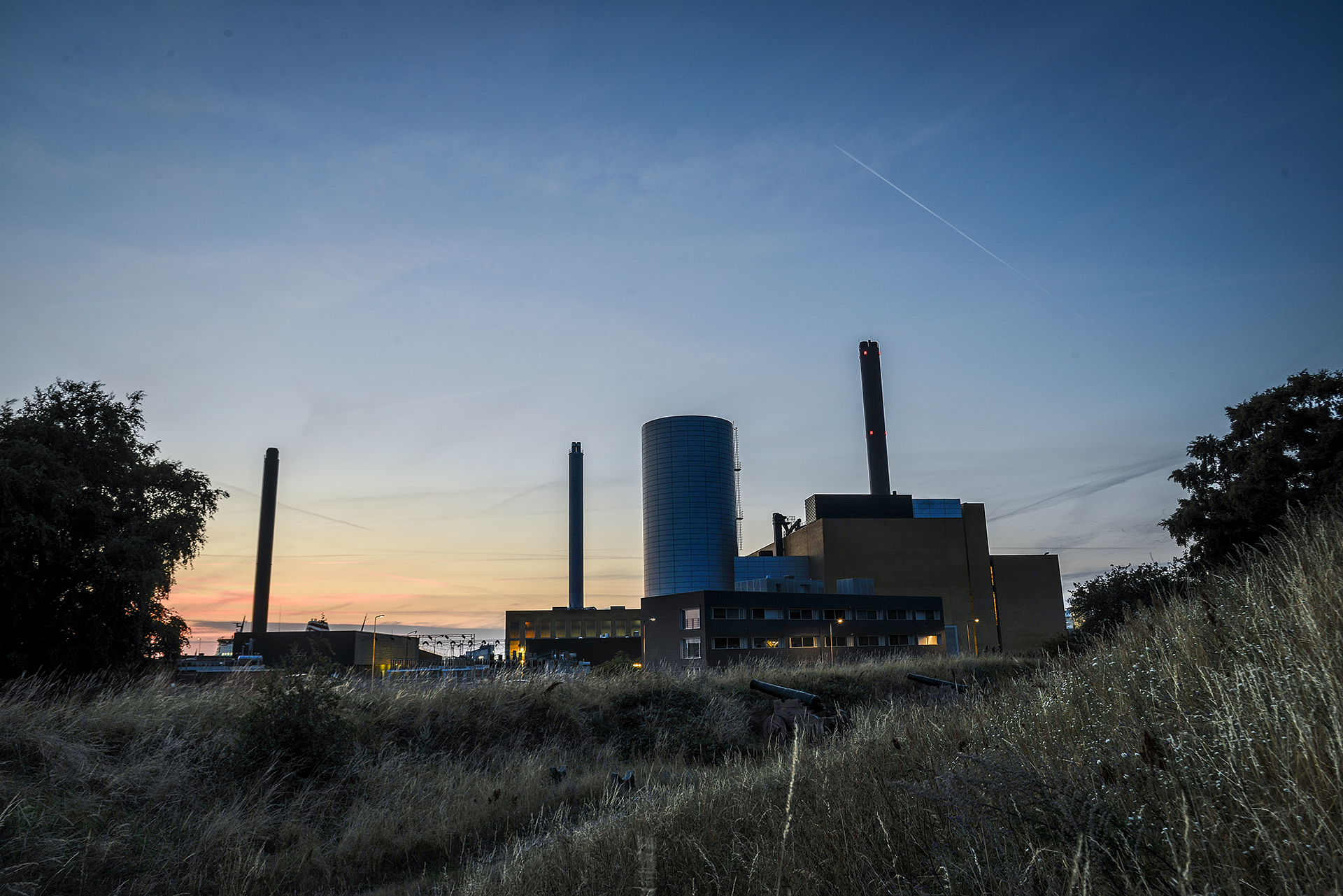 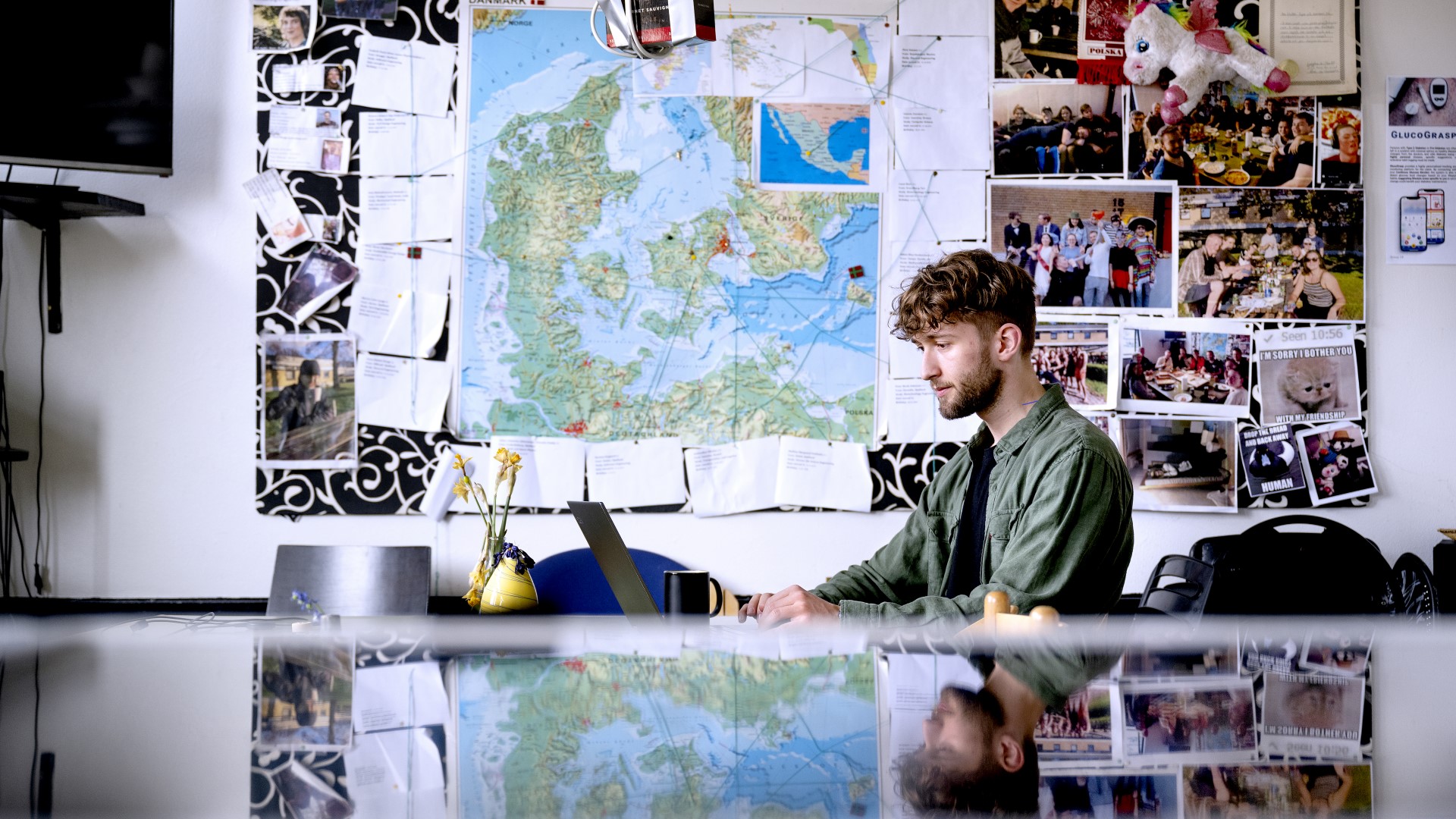 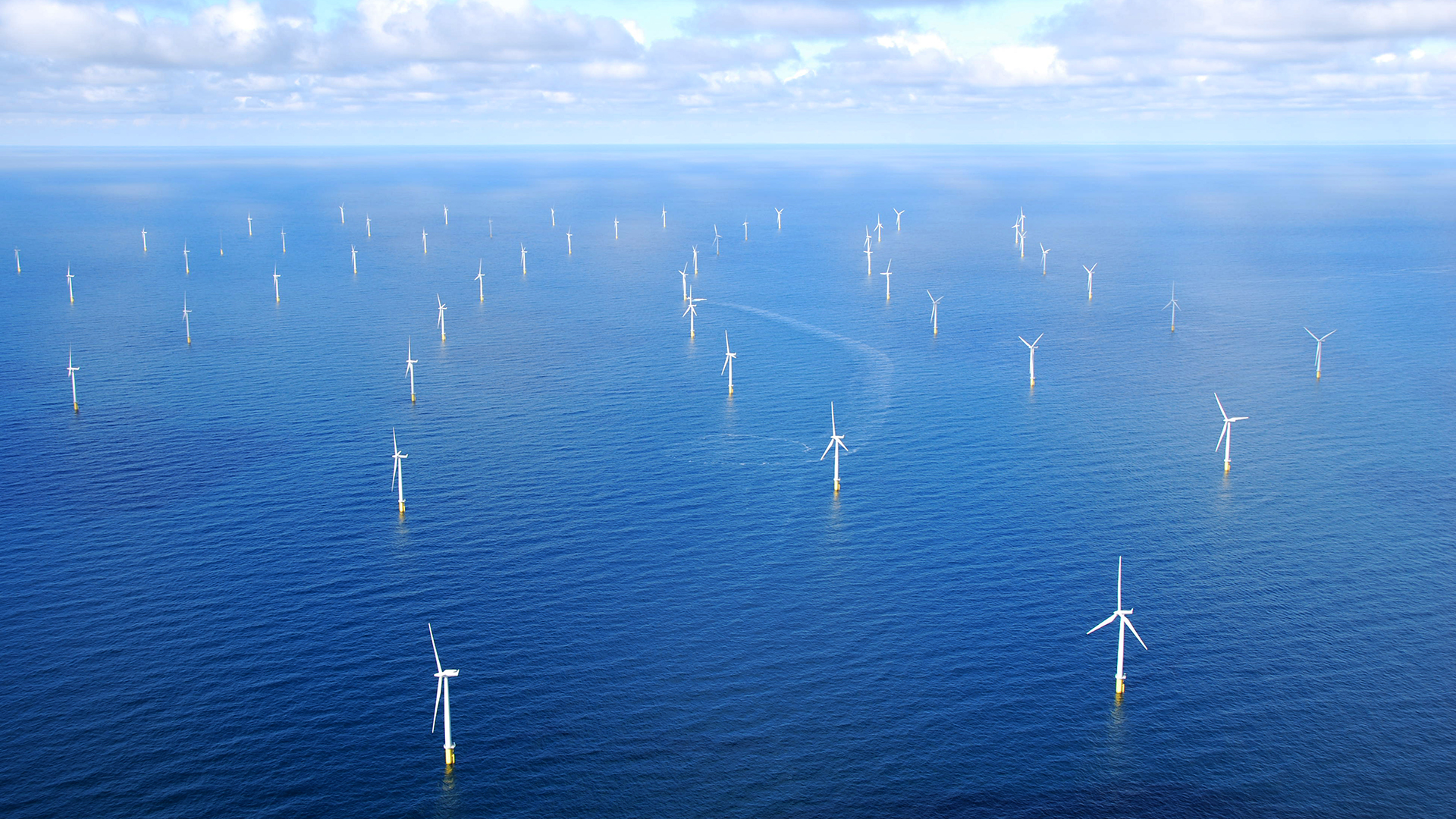 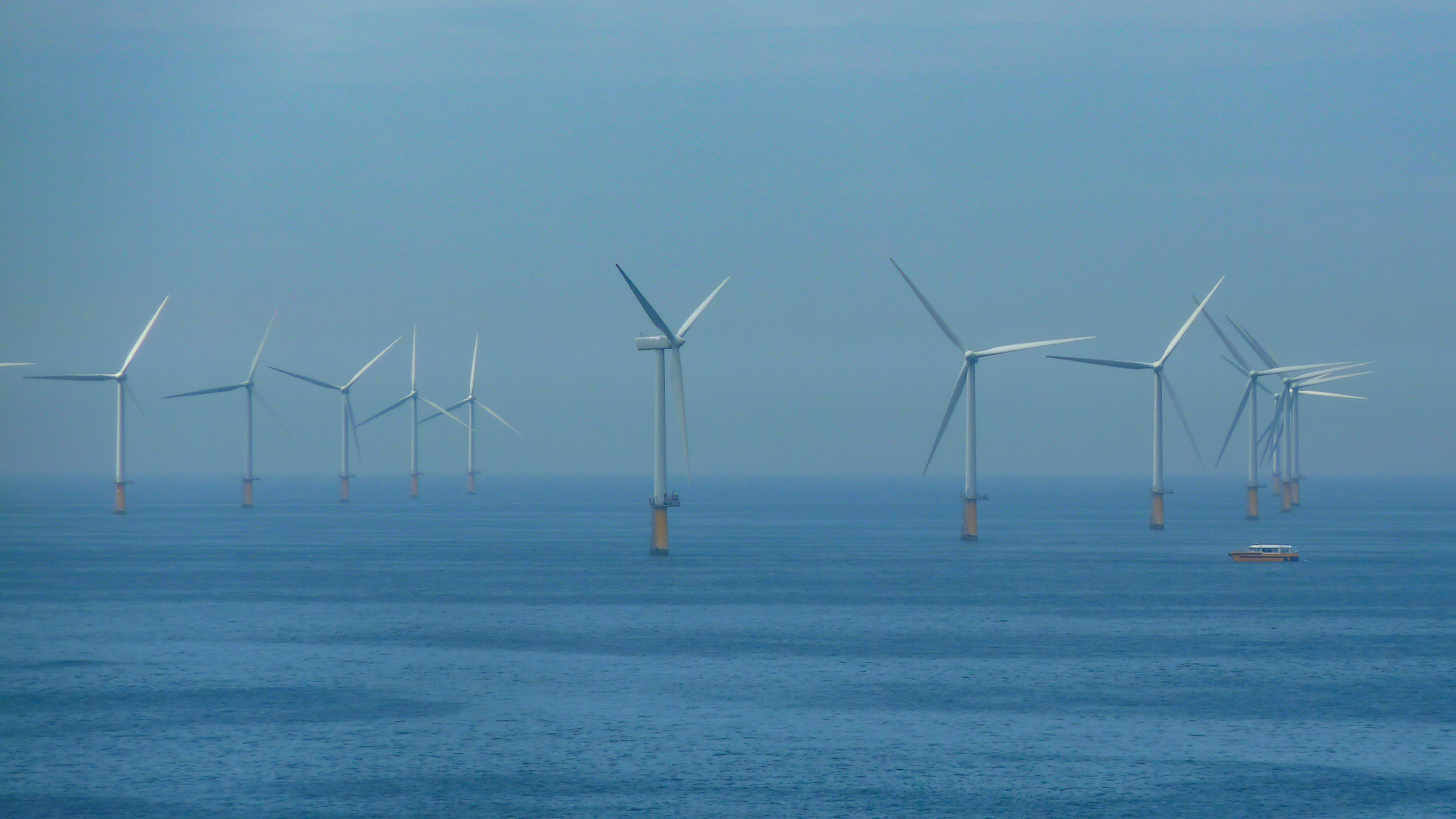