Electrification of industry is possible, but must be smart

A green transformation of the industry is possible, but there’s a long way to go frem the technological possibility to the industrial reality, writes Professor Brian Elmegaard in a debate column.

Column by Brian Elmegaard, Professor and Head of Section, DTU Construct. Published in the media Klimamonitor on 25 April.

Every day, Denmark’s largest industrial bakery Schulstad bakes more than half a million breads for the Danish consumers. The breads are baked in gigantic industrial ovens, which have been heated by natural gas since the 1990s. But this will soon be history.

As part of a collaboration with the Confederation of Danish Industry, the Danish Agriculture & Food Council, Green Power Denmark and the consultancy company Viegand Maagøe and supported by the Danish Industry Foundation, DTU is working on a project to investigate the potential for electrifying process heating at a total of 20 companies in the food industry. Almost two thirds of the total energy supply in this industry come from fossil energy sources, including natural gas.

With the government’s new energy initiative, which points to a green transition of industry as one of several ways to make us independent of Russian gas, our study has become even more important.

Overall, the study shows that it is technologically possible to electrify 97 per cent of the process heating in the industry—often with a reasonable payback period as well as large energy savings. However, there is still some way from technological possibilities to industrial reality.

Transitioning requires not only that the company is prepared to electrify, but also requires significant planning, advice on new technology and suppliers on the market with sufficiently well-tested technology. This match between establishing and highlighting a market for electrification solutions is a major challenge right now.

However, in the case of the industrial bakery Schulstad, we found that investing in an electric bakery line would be both feasible and worth while. At the time we did the study, the company would need to invest DKK 70 million, and the payback period would be 4.3 years. In addition, our calculations showed that the investment could reduce Schulstad’s annual CO2 emissions by up to 600 tons. Against this background, Schulstad decided to electrify their bakery line.

Just like Schulstad, most of the Danish companies are very positive when it comes to electrification. They see obvious benefits in contributing to the green transition—and with good reason.

The companies are responsible for 20 per cent of the total energy consumption in Denmark, and more than half of the energy they use comes from fossil fuels. The processes that can be electrified represent 4 million tons of CO2 emissions per year. There is thus a large untapped potential in significantly reducing the industry’s climate footprint.

In addition, there is a lot of money to be saved if companies—rather than using natural gas—install electric heat pumps.

Our studies provide an overall estimate of the potential for electrifying process heating in the Danish industrial sector showing that the consumption of natural gas can be reduced to less than 10 per cent of the current consumption and that the rest can be covered by electricity. This will double today’s energy efficiency as high-efficiency heat pumps can cover a large part of the energy demand, resulting in even better utilization of the energy supplied.

With all these good arguments in mind, it may be difficult to understand why companies have not started the transition a long time ago. In the debate, criticism has been directed at the large CO2-emitting companies, which have no green transition plans within the energy area in the near future. And with the new energy initiative, the government proposes to introduce CO2 taxes in the form of a tax reform that—according to the proposal—will rest on the simple principle that companies that impact the climate must pay for their emissions themselves.

If you look at the problem from the companies’ perspective, however, there are a large number of unknown factors that do not speak in favour of a transition. For example, there are only very few previous examples of converting from process heating to electricity and thus not much experience to lean on. Electrification is unknown territory for most companies, and investments in heat pumps and recovery equipment that reuse waste energy from heating are costly and risky. When will such a big investment have been paid off? And when will the investment start generating returns?

The risk of becoming financially vulnerable causes many companies to hesitate. If the path from thought to action is to be made shorter, companies must be given more financial incentives to adapt. Companies’ willingness to move faster could be strengthened through financial support, which is also foreseen in the government’s initiative. An obvious solution would be to offer companies a government grant for investments in electrification equipment and heat pumps. 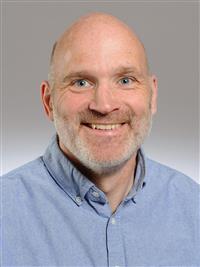