Danish wastewater treatment plants are some of the most sustainable in the world. Not only do they produce electricity and heat from the wastewater they also extract nutrients from the sludge as a resource. A DTU PhD project helps them assess which technologies are most climate neutral.

Most people probably see sludge from a sewage plant as a foul-smelling waste product. However, that’s no longer the case, as many wastewater treatment plants are going green by converting sludge into energy while also extracting nutrients. In fact, several Danish treatment plants produce more energy than they use, and since that is the most energy-intensive part of the Danish waterworks, the potential is enormous.

"It's a bit of a paradigm shift to go from a treatment plant to a resource recovery plant," says Anders Damgaard, Senior Researcher at DTU Sustain, focusing on the environmental assessment of wastewater.

Sludge is an organic material that is removed from the wastewater and it primarily consists of feces, food scraps, and paper. By feeding the sludge into oxygen-free digesters, bacteria can convert it into biogas, which then produces electricity and heat. This can make the treatment plants self-sufficient, while excess electricity and heat can be sold back to the power grid.

"Since you already have to treat the water, you might as well extract energy from the process and thus the facilities go from having a very energy-intensive impact to a net saving. Several of them are also edging towards becoming climate neutral," says Anders Damgaard.

As 10,000 industry professionals from all over the world gather for the IWA World Water Congress in Copenhagen these days, many countries will keep an eye on Danish wastewater treatment plants. The technological solutions can become a veritable export success as the Danish water industry has lofty ambitions to double the annual export of water technology from around DKK 20 billion to DKK 40 billion by 2030.

As DTU holds Denmark's most extensive research and education environment for water technology, they offer valuable expertise and research to the water industry.
According to the International Energy Agency, IEA, the water industry accounts for around four percent of the world's total electricity consumption, so there are substantial climate benefits if all treatment plants go down the energy production road.

"Fundamentally, wastewater is very similar around the world, so there is enormous potential in seeing treatment plants as top-tuned, modern resource factories in the future," says Professor Peter Steen Mikkelsen at DTU Sustain. He specializes in urban water systems and has been involved in getting the water conference to Denmark.

Power is not enough

In order to become climate neutral, however, it is not enough that treatment plants produce electricity and heat – they must also contribute to the circular economy by extracting some of the nutrients in the sludge.

"Several of the Danish treatment plants are actually energy positive, but just because they produce energy doesn’t mean they necessarily are sustainable," says Maria Faragò.

She is a PhD student at DTU and works with Denmark's three largest utility companies – Aarhus Vand, BIOFOS, and VandCenter Syd – to use methods such as CO2 footprints and life cycle assessments to assess the climate and environmental footprint of the various technologies. If the water utilities are to become climate-neutral, that effort needs to be measured, and that requires operational models and tools, such as those developed by Maria Faragò.

Often, each solution has advantages and disadvantages and significant differences in direct and indirect emissions, just as some of the solutions require large investments from the water utilities.

"One parameter is climate and CO2, but you also have to assess resource consumption such as the chemicals used to clean the water as well as the impact from the treatment plant’s materials and infrastructure," says Maria Faragò.

For example, there can be great value in extracting phosphorus, as it is a limited resource that agriculture imports on a large scale, and when treatment plants burn the sludge, the remaining ash contains large amounts of phosphorus.

"80 percent of the phosphorus in our food ends up in the wastewater, so there is quite a lot of focus on extracting it and sending it back to agriculture," says Anders Damgaard.

Most significant gains in laughing gas

If the treatment plants are to reduce their CO2 footprint significantly, Maria Faragò's analyses show that laughing gas (nitrous oxide) is one of the areas with the best payoff. During the purification of the wastewater, nitrogen is converted into laughing gas through biological processes, a greenhouse gas almost 300 times more potent than CO2.

According to the Danish Environmental Protection Agency, laughing gas emissions from treatment plants account for 0.4 percent of Denmark's total climate impact. But by monitoring when the amount of nitrogen in the wastewater peaks, the treatment plants can adjust their operations to ensure that the wastewater stays longer in the process tanks, the concentration of the biomass is being increased, or the aeration is adjusted, thus reducing the amount of laughing gas.

These kinds of conclusions are sweet music in the ears of Morten Rebsdorf. He is a senior project manager at Aarhus Vand focusing on treatment plants, and Aarhus Vand is one of the utilities that has been producing energy from their treatment plants for many years. They are doing that so well that some plants produce 150% of the energy they consume. But in order for the water utility to achieve their goal of becoming energy and CO2 neutral by 2030, it also requires that they extract other resources from the wastewater. Aarhus Vand is also in the process of building a large, new treatment plant, which is to be completed by 2028, so they need to decide which technological solutions they will invest in.

"It is a complex decision, so we need a systematized method to make these decisions," says Morten Rebsdorf.

"It may well be that we will choose a solution that reduces laughing gas and methane emissions, which may use more energy but result in lower emissions. It is a balancing act of what has the least net impact on the environment.”

The days when a treatment plant 'just' had to clean the water are over, but expectations will also be higher in the future.

"There are more and more cleaning requirements and if, for example, the government makes it mandatory to also remove drug residues from the wastewater, that will result in another cleaning step which requires more energy. So it may be increasingly challenging to stay energy neutral in the future," says Morten Rebsdorf. 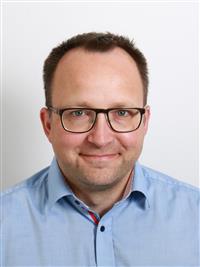 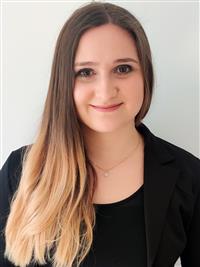