Make better use of buildings in the green transition

Solar cells on roofs and facades of buildings have real potential, which until now has been underestimated.

Over the past 10 years, the price of solar cells has fallen by 90%, which means they are now one of the cheapest ways to obtain green electricity, and an important part of the green transition. With the reform proposal ‘Denmark Can Do More II’, the government aims to increase the power generated from solar cells ten-fold by as early as 2030. Moreover, the EU recently launched an updated solar cell strategy which means that solar cells will be mandatory on all new buildings in a few years.

In recent years, it has become more profitable to replace the facades and roofs of buildings with photovoltaic solutions so that power is generated at the point of consumption and the use of land for energy production can be reduced. There’s plenty of space available on buildings. According to the recent publication ‘Sol over Danmark’ (Sun over Denmark), solar cells on buildings can in theory cover all of Denmark’s electricity consumption, and in general the potential is underestimated due to a rapid market development. However, Building Integrated Photovoltaics (BIPV) are almost never mentioned in the current political debate.  The Danish Solar Cell Association, the Danish Society of Engineers, and TEKNIQ have just tried to kickstart the debate about solar cells on buildings with their publication ‘Sol over Danmark – Barrierer og løsninger for solceller på bygninger’ (Sun over Denmark – Barriers and solutions for solar cells on buildings). This technology has real potential, so it is to be hoped that change will come soon.

Putting solar cells on buildings, especially ones that are used in the daytime, makes a lot of sense. In daytime, solar cells can provide a significant part of the electricity supply to the building and thereby reduce the load on the electricity grid and the need to expand it.  Furthermore, existing building facades are used—today mainly roofs—which reduces the need to use new land and offshore areas to produce renewable energy.

On many modern buildings, however, the roofs are already being used for various technical installations such as ventilation systems and elevator shafts, and often energy installations are difficult to fit in the available roof area. For this reason, there is increasing interest in using facades. On average, east-south and west-facing facades are exposed to around 75% of the annual radiation that horizontal surfaces receive.

As the price of solar cells has fallen, a burgeoning Danish and international industry has begun offering solar cells as facade and roofing materials—both for large buildings and single-family houses. This saves on conventional building materials and turns the building envelope into an energy producer with several advantages. It has a positive effect in the energy framework, reduces energy consumption from an LCA viewpoint, and in many cases can even be good business for the building owner.

The BIPV industry, which includes a number of Danish companies, has developed solar panels with a uniform colour and assembly systems that can be adapted to both new constructions and renovation projects.

Efficient solar cells are usually black, and uniform black solar panels are often used without significant power loss. In addition, there’s an increasing variety of coloured solar panels available on the market. When the panels are given a different colour from black, it causes a loss of efficiency, as the light can either be used to create a colour effect or to produce energy. For most coloured technologies, the loss is between 5-30%, depending on the colour choice and colour technology. Of course, this loss is not insignificant, but the benefits of local power generation for the building’s use in many cases outweigh the loss, and both the industry and the research community are working to create coloured panels with lower losses. Theoretical calculations show that most RAL colours can be created with a colour loss of less than approx. 10%.

One might ask whether all these glass facades won’t create a glare that will be a nuisance in the urban space. Solar cells are generally glued onto glass, and the surface of the glass is what mainly determines the amount of glare. In general, solar cell glass has a slightly rough surface and can be given anti-reflective coating so it produces less glare than, for example, window glass. Our own research shows that nuisance glare can largely be eliminated by using acid-etched glass—even when the sun’s rays are almost parallel to the glass. Acid etching is a fully mature process that has been used in glass-making factories for many years.

Think of architectural solar cells as part of the design

On average, BIPV solutions are still more expensive than conventional facade and roofing materials, depending of course on the material it is intended to replace. The final price may be 50-100% higher for roof solutions and somewhat less for facade solutions. But for that additional cost, you get green electricity produced on your building, which over a number of years—typically 5-15—can recover the investment, depending on the business model and ownership of the building. In addition, most solar cell suppliers provide a power guarantee of 30 years, which means there’s a good chance of a positive return on the additional investment.

I would encourage architects to incorporate solar cells into the design of new buildings and large renovation projects from the start, so that we can produce energy on our buildings while preserving the architecture and aesthetics of the urban space. This will also limit grid expansion and use of new areas for energy production.  The technology is currently undergoing a strong maturation phase, and standardised solutions are well on their way. At the same time, relevant players should simplify the administrative barriers to installing solar cells on buildings (see ‘Sol over Danmark’), so we can use the building stock effectively in the green transition. 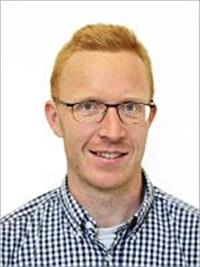